Posted by tmark on August 29, 2013
Posted in: Uncategorized. 2 Comments

Man is three parts: 1) body (framework, teeth, hair, eyeballs, legs, etc) 2) soul (the part of you that lives on after this life) and 3) spirit (which could be described as personality or disposition but is really more about what you are allowing to influence your behavior)

Alcohol is often referred to as ‘spirits’ because of its influence. We could go on and on about all the different aspects of that – not to mention all the bad breath jokes.

The words; respiration, inspiration and expiration all have the root word for breath which is ‘spir’ or more accurately, spirit.

When God made Man in Genesis Chapter 2 verse 4, He “breathed into his nostrils the breath of life: and man became a living soul.”

So Genesis begins with this explanation and then along comes Jesus and explains salvation to Nicodemus (John ch. 3) by saying “The wind bloweth where it listeth, and thou hearest the sound thereof, but canst not tell whence it cometh,  and whither it goeth: so is every one that is born of he Spirit.”  – Which means – you can’t see the actual wind– you just see the effects.

A tree that is being blown by wind still looks like a tree- but you can tell that it is windy. In other words, the tree shows the existence of the wind.

Wind blowing on a rock still exists, but trees and water and clouds and stuff are just more expressive, although Jesus did say He could make the rocks cry out if He wanted to. (but He would rather hear from you)

When you ask God into your life- to forgive you and help you to start over- as if you were being born all over again – and let Him influence your life – people will see the effects. You might look the same physically – but sometimes people will say- ‘what happened to you, you look different?’

When God gave the Ten Commandments- He said (commandment #2) No graven images. Of course this meant no idols. The Jews had just come from ‘idol-central’ -Egypt, which had a god for everything and a statue or image or idol to go with it -but this new relationship between the real God and His people would be more direct. But it also meant that there was to be no symbol- no image -no flag or insignia or uniform or tattoo or anything that would stand out as the main focus or identifier or rallying point for His people.

When the other nations saw the children of Israel marching through the desert- they knew exactly who they were- this huge mass of people where the ones that God Himself brought out of Egypt- with no army and no weapons. The symbol was the people whom God loved and was helping.

What did the other nations think? – it must have been very amazing and frightening.

The fifth letter in the Hebrew alphabet is H (pronounced Hey) and  represents the divine breath, revelation and light, which are all part of creation in Genesis chapters 1-3. By adding H as a suffix to a noun allows it to be “fruitful” as in Abram (father) became Abraham (father of many)

Abram had his name changed to Abraham and his wife Sarai’s (princess) name became Sarah (princess of many) as God’s promises were brought to pass in their lives- but there was an obvious visible difference in those names as well. He was still Abram, but now he was under the influence of God’s spirit- Abra-h-am. To someone reading in hebrew this was obvious, but we westerners often miss what we call ‘subtleties’ even when they are clear to others.

After Jesus rose from the dead and ascended into heaven, He sent us the Comforter, or the Holy Spirit. It came as the sound of a mighty rushing wind in Acts 2 v.2 (probably a total coincidence-right?) and filled the believers and they spoke with others languages that they did not understand as a sign that they had been filled.

Computers speak in Java- and they are able to get updates and other information through it, but most people do not speak or read Java- but just because we don’t understand it- it does not mean it is not necessary or powerful.

In Romans 12 v.2 it says “don’t be conformed to this world, but be transformed by the renewing of your mind…” 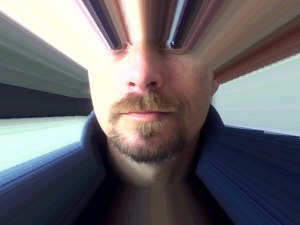 I did, and it was the best thing that ever happened to me, and it’s been 30 years!